Detroit’s native Son;
A Sharp had grown up listening to Motown, Funk, Electro, Freestyle, Hip Hop. As a teenager during the Second Wave of Electro and Techno’s Revival he had minimal participation in the Rave Scene other than Detroit Ghetto Tech and Booty Music.
During that time was involved playing Bass Guitar in Several Hip Hop/ Hardcore/Metal/Funk Hybrid Bands. Through expanded interest in the Use of Synthesizers by Funk Music, A# began collecting various Drum Machines, Synthesizers at the same time as he began his expanding Record Collection.

For most of this Second Millennium, A# has been a low key figure in the Detroit Scene but as a DJ has become an ElectroBASS fixture. All the while he has been steadily acquiring the Heaviest, Funkiest, Most Deep and Melodic Electro tracks that are often overlooked. Outside of Detroit, Dj A Sharp has played in Chicago, Milwaukee, Las Vegas and New York City, In 2010, the 313 Vinyl Technicians dj collective was formed, delivering the Best ElectroBASS, Booty, House, Techno mixes. Recently A Sharp has been spending more time in the studio producing original music.

Alpha Numeric EP- Structural Damage Records is a collection of Electro Bass Tracks that were made in last year. ( that i wanted to share. Enjoy) 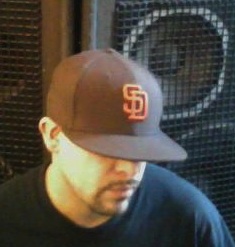