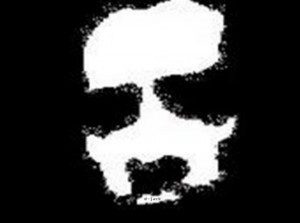 D-Jack is one of the pioneer of the Belgium Techno scene. Already deejay in 1986 in a funky Hip-Hop style, he turned to electronics around 1987. He created the B.W.P. Experiments in 1989 with some dj’s friends in Brussels. They all made the legendary PK Studio parties in that giant warehouse near V.U.B. (a university in the south of Brussels) from 1992 to 1994. Some say that these years were the best they ever lived. At that time he worked generally with/in Sebastian S. studio. He created one label called R & D (Research & Development) in 1990. Label with tracks from Mike D.M.A., Acid Kirk, Sebastian S., Deg, Popane, Pat Vision. He also made some projects for Surreal Sound Records, Joost De Lijser’s label (1992). He launched the Strictly Underground parties in Belgium inviting guests such as Kirk Dergiorgo (A.R.T.), René (Basic Channel) & Electric Indigo (Hardwax). Later he started the D-Jacking Zone parties with D-Knox, Kikoman, Fanon Flowers & Jay Denham aka Vice. Now, D-Jack is still considered as very underground. He refused to be exploited in any way. One of the greatest Techno talents in Belgium… but you’ll see him only in confidential parties in Brussels, sometimes in Gent.