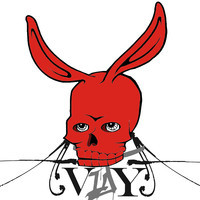 The human being consists of three categories marked by parameters that vary continuously between the ends of a tripolar system variables. We can say that any individual is a mixture, in varying proportions, three physical and psychological components.

The physical components are known as endomorphy, mesomorphy and ectomorphy.
The individual with high degree of endomorphy is predominantly soft and rounded, and can easily be a fat person (the most significant fact is that their physical endomorph body is constructed around the digestive tract).

The mesomorph is pronounced hard, bony and muscular (mesomorph the physical trait is its muscles).
The ectomorph is thin, with small bones and muscles chewy (the central fact of his physical significant is the nervous system)……and Avidya is a part of this three sides….Avidya is a being who dwells in the human mind and that is when man enters the dimensions in which evil entities, typical of his nature, they attack and disturb your inner peace.

Avidya arises is when to take the form of an entity colorful, as the work of a magician who lives in the dream of every pure person …