A self taught mucisian, it’s with the saxophone that Mozarfucker first started to share his music and express himself. His teen years were spent at the centre of an experimental rock-metal band in which provided guitar and vocals. At the age of 23 he began to DJ in the woods and fields of France.

He set up his own label CONTROVERSE. REC in 2005 on which he produced his first tracks, originally composed on a computer the year before. Mozarfucker was also promoter and sound technician at electronic music parties and other projects with the organisation MALDITA, he today carries on his activities in Brussels, Belgium.

He is to be found distorting frequencies in a new improvised formation of experimental electronic music. EKSUL RUMOR. 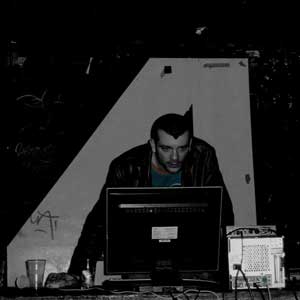