Lee  has been playing at raves, parties for many many many years in his own unique way … mixing his records not only in the U.K and abroad. Hugely Experienced DJ ….He has been involved with Structural Damage since before the very beginning and featured on the first ever compilation and release with his track “knifepoint”

Even as a producer in his early stages, we listened to the tracks he sent and reminised the infamous citv gigs …and by tribute to those times there was no need to think twice.  His production work is gaining more and more positive recognition too, rapidly evolved in recent times after pursuing studies in various creative methods…often working with other musicians to hammer out a tune no matter what way possible. 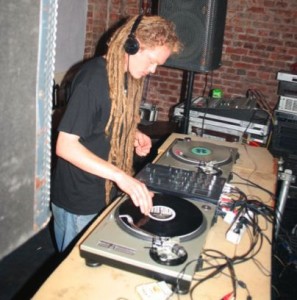