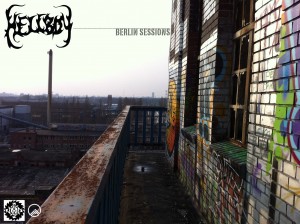 “Released on the Mayday 2013
Hellboii, the headmaster of Structural Damage records drops his 2nd Splatterkore release on Mayday. During his 1 week stay at Splatter HQ in Berlin, Hellboii, inspired by the city and the soundscapes created ‘Berlin Sessions’ a hypnotic techno release and the included remixes from his set at Trash N Core. Yes motherfuckerzzz, this took 1 fucking week! Pure channelled creativity to the extreme. Includes photography from his ventures around the splattered and torn up city.
– SK”