Fierce gabba and sample-heavy beats collide for an explosive blend of craziness!!!

Mr. Titmash promises to deliver a mix of experimental, jungle and hardcore, so it’s not going to be chart-friendly muck. All the better for us, then. Frankly, we’re a bit bored of chipmunk-style vocals on factory-processed music.

His live dj sets have become a phenomenon with hilarious dubstep mashups and twisted vibes. His first release on Blunt force Trauma, the debut 7inch ‘sexy fart and turgid gabba’ was a huge success and cemented Alan(aka Johnny Pelham)’s reputation as one of the most colourful and exciting up and comming electronic music producers to have emerged in the last 5 years. 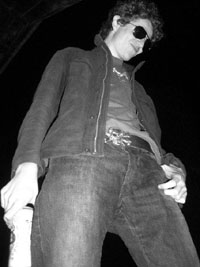